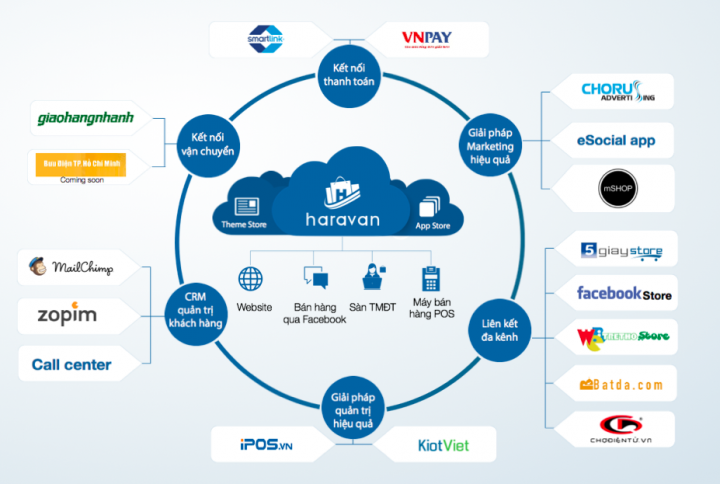 One of the hidden gems of Vietnam right now is the venture builderSeedcom. The new venture capital portfolio has invested in over twelve companies already (and owns a massive 200-hectare piece of land in Vietnam’s highlands). All of these companies have some kind of connection to supply chain, retail, and ecommerce. One promising company in the mix is Haravan, Seedcom’s ecommerce platform startup

From the outside, Haravan (an alliteration of “Hai Ra Vang”, meaning to pick gold like you pick fruit) may resemble a Shopify for Vietnam. And indeed, at its core, its mission and the way it operates are fundamentally similar. This is from the Shopify website:

We focus on making commerce better for everyone, so businesses can focus on what they do best: building and selling their products. Today, merchants use our platform to manage every aspect of their business – from products to orders to customers, selling online, in retail stores, and on the go.

That’s precisely what Haravan is doing; it’s a platform for shops, retailers, and new SME ecommerce merchants to run their businesses offline and online. To the average Vietnamese user, it may look like a WordPress clone, where you can create a website using provided free and paid templates. But Haravan takes WordPress and Shopify’s basic core concept and expands on it considerably, placing it firmly into a Vietnamese context. This is rare in Vietnam, where copying is rampant but shallow. Haravan is a case where the cofounders identified a problem and then found a model that fit. They started with Vietnam’s burgeoning underserved SME ecommerce market, researched various models, and ended up with Shopify. The chart below outlines the model: In detail, this means Haravan provides the following:

On top of all these features, Haravan’s team understands the importance of literally hitting the ground running and has monthly events in Vietnam’s major cities to market and teach local merchants how to use Haravan. Their model is primed to be very down-to-earth, helping offline merchants, small ecommerce players, and the growing “omnichannelers”. 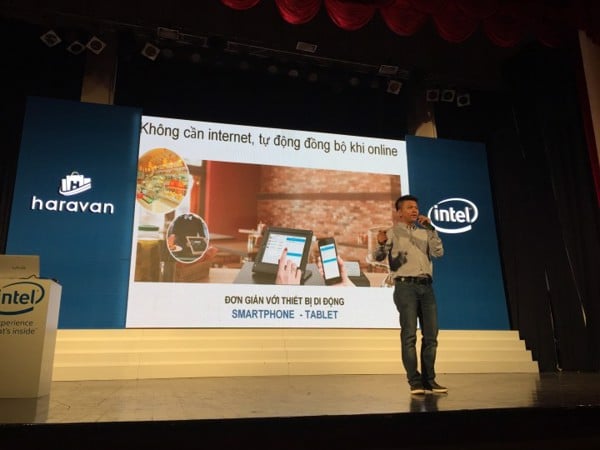 It doesn’t take a genius to intuit that Haravan started with SMEs at heart. That’s because Huynh Lam Ho, one of the five cofounders of Haravan, tried his hand as a merchant originally. Huynh elaborates:

I started out selling stuff online but I wanted to start an offline store too. And with one store, it wasn’t bad, and after that we had this vision of opening ten stores in our second year. After the second quarter, we had three stores total. That’s when we started to feel the burn of managing inventory, customers, cost, suppliers, etc. With our small omnichannel operation we had to keep building tools to help ourselves. And we thought, I bet others have the same problem as us.

As Huynh ran up against this bottleneck while also building tools, Huynh was getting closer to Dinh Anh Huan, one of the five cofounders of The Gioi Di Dong (Mobile World, Vietnam’s largest mobile electronics retailer, which IPO’ed last year). Dinh shared Huynh’s concerns that many new merchants were running up against similar bottlenecks. Huynh goes on:

Dinh also had this sense that there were big problems for SMEs through his experience with The Gioi Di Dong. It was then that the team went looking for a system that could satisfy the needs we saw combined with the tools we already built. After searching through BigCommerce, Volusion, 3DCart, and Wix, we ended with Shopify. And the beauty for us with Shopify is that you could build with the community new tools and features customized for merchants and customers.

The Shopify model allowed for them to connect existing community bases they already knew. There were marketers who wanted to be merchants, and there were suppliers who wanted to sell. Merchants without marketing expertise could now interact with marketers or use the tools marketers have created. With this, they could solve multiple small and large problems new merchants had with growing their business. Thus, with the model identified, existing relationships to leverage, and a founding team of five engineers, Haravan began.

One of Huynh’s key dreams for Haravan is that it can basically be a low-end outsourcer for everything merchants need. In the case of The Gioi Di Dong, as an omnichannel electronics retailer, it had to build an engineering team of over a hundred people. This is an impossible bottleneck and cost for smaller businesses who don’t have the capital nor the time to build a whole technical system and marketing channel for their products. Huynh hopes that Haravan can basically take care of engineering needs for all new merchants. In a sense, Haravan is more like an Alibaba business with a Shopify backend. Like Alibaba, Haravan wants to do everything it can to grow the influence and market of small businesses.

Haravan’s model and position make it compelling in Vietnam because of the current ecommerce climate. Large players like Zalora, Hotdeal, Lazada, Tiki, Vat Gia, and the looming empty threat of Vinecom make it hard to compete at a high level without a full-stack ecommerce team and a large amount of funding. Thus, there’s quite a few opportunities in waiting:

Haravan’s numbers reflect its potential. Since the official launch in September 2014 (and starting sales in December), Haravan has accumulated 24,000 free trial users, of which 1,700 (7 percent) are paying a monthly subscription fee of at least VND 170,000 (USD$8). The team is now more than 50 people.

Haravan’s growth remains to be seen, but if it can execute its vision successfully, it has a path to be one of Vietnam’s most influential companies in the next five years.